The history of the Indian sub-continent’s Bengal region dates back to ancient times. This long history includes India’s most famous epic stories including the Ramayana and the Mahabharata. Ancient Bengali Buddhists were powerful promoters of Buddhism, that spread far and wide across Asia. During the 7th-8th centuries AD Bengal was the center of Buddhist expansion in India and also a key force in the development of Tibetan Buddhism , an off-shoot of Mahayana and Tantric Buddhism . Ancient Bengali Buddhists are today seen as the patrons of early Tibetan Buddhism.

The state of West Bengal is inhabited by a community that speaks a language called Bangla or Bengali. Bangla is an Indo-European language also spoken by the people of Bangladesh. The people who speak this language have come to be known as the Bengalis. Both West Bengal and Bangladesh were once a part of the greater Bengal Presidency, a sub-division of the British Empire in India, which also included some parts of the modern-day adjacent states of West Bengal. During the 1947 partition of India, the Bengal region was divided into two entities. The first was the Indian state of West Bengal. The second, East Bengal, was known as East Pakistan until in 1971.

Kantaji Temple in Bangladesh a late Hindu temple that undoubtedly played a role in the ascent of the ancient Indian Bengalis as a primary force in Buddhism which is a branch of Hinduism.   (Shahnoor Habib Munmun / CC BY 3.0 )

The History of The Ancient Bengali Buddhists

The Bengal region in ancient times was known for its powerful kingdoms. The oldest is the semi-legendary Kingdom of Vanga. Other notable ancient Indian Bengali states include the kingdoms of Gangaridae, Pundravardhana, Samtata, Harikela, and, eventually, Gauda or Gaur.

Straddling the Himalayas to the north and the Bay of Bengal to the south, the Bengal Region and its powerful rivers has always been known as fertile paradise. Because of its prosperity and the congeniality of its people, the region has produced many religious and philosophical visionaries over its history right up to modern times.

After the Guptas, King Shashanka of Gauda (7 th century AD) rose to prominence and briefly established a new era which gave Bengal a distinct and separate identity. Shashanka was a devout Hindu who did not tolerate other religions. King Shashanka was a fierce rival of Emperor Harsha of Kannauj, northwest of Bengal. When Shashanka died his kingdom was ruled by Emperor Harsha for a time and then it fragmented again. The period of Bengali history after Shashanka was one of its darkest and the land was in total chaos. However, order was soon restored when Gopala ascended the throne of Gauda with the help of the local chieftains in c. 750 AD. 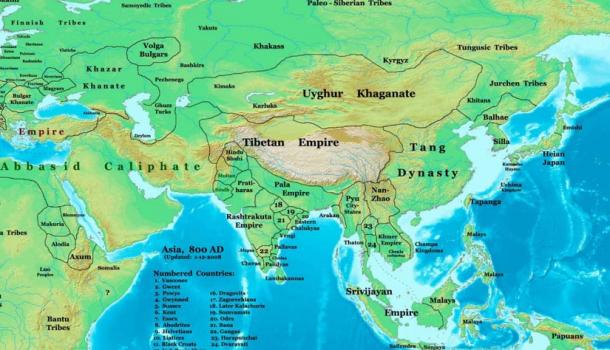 The Palas and the Spread of Buddhism

Gopala was an astute ruler who created the foundations of the Pala Empire . “Pala” is name suffix meaning protector. Gopala’s successors, Dharmapala and Devapala, continued his work with great success. All three of these prominent ancient Bengali Indians were Buddhists and they all promoted this philosophy on a massive scale during their rule.

The Palas were fundamental in the spread of Buddhism in India. They built monasteries, encouraged discussions, and offered support when adherents from outside their dominions came to study the scriptures. Both Dharmapala and Devapala rebuilt or built many universities and learning centers, including the legendary Nalanda and Vikramshila universities. According to historical evidence, the Palas followed the Mahayana and the Tantric ( Vajrayana) schools of Buddhism.

Tibetan Buddhism developed as a branch of Mahayana and Tantric Buddhism. In the 8 th century AD, in part due to the strong patronage of the Palas, the plains of India produced a number of highly intelligent Buddhist personalities. The legendary Indian Buddhist mystic Guru Padmasambhava or Guru Rimpoche went to Tibet in the 8th century AD at the invitation of King Trisong Detsen . Guru Padmasambhava introduced Tantric Buddhism to Tibet and established the first Buddhist monastery there. In the same century, Śantaraksita, a renowned Buddhist master, presumably also went to Tibet to establish Buddhism there. Though both these personalities were not Bengalis, they certainly benefited from the patronage given the Palas provided to all Buddhist practitioners.

The Ancient Indian Bengali Tipola and His Students

Around 988 AD, an ancient Indian Bengali known as Tilopa, who was likely a prince, left his home and wandered across India in search of enlightenment. He eventually settled in Nepal where he experienced nirvana or ‘siddhi’ while studying under another master. Some legends claim his enlightenment was a direct gift from the divine powers.

Tilopa, which translates as “the tahini maker” in a local Bengali language, was a famously hard-working Buddhist saint. At some point in his long search for knowledge he made a living from grinding sesame seeds. Tilopa soon accepted a disciple called Naropa who became part of Tilopa’s school of philosophy. Just like his master, Naropa was born to a royal Bengali family. His original name was either Samantabhadra or Abhayakirti. 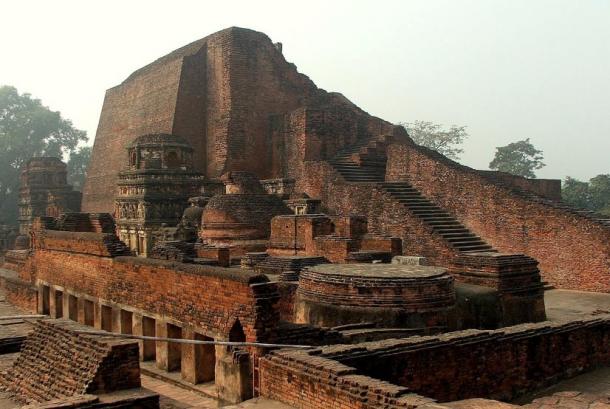 Nalanda is considered one of the first great universities in recorded history. It reached its height under the Palas. ( CC BY-SA 2.5 )

Naropa left his home, after mutually dissolving his marriage with his wife, and went back to the place where he had initially gone as a young man to pursue his intellectual studies, to be ordained as a Buddhist monk. But soon his interest took him to Nalanda University where he pursued studies in various disciplines. Naropa became a great scholar in Nalanda and gained the reputation of being the highest intellectual of that establishment. However, legend has it that at the summons of a ‘dakini’ (a woman siddhi or a spirit), who explained to him the importance of meditation and ‘dhyan’ over mundane subjects, Naropa set out to find Tilopa in order to attain the highest form of enlightenment. By that time, Tilopa’s reputation as a Mahasiddha had spread everywhere. A Mahasiddha is someone who embodies and cultivates the “siddhi of perfection.”

However, upon meeting Tilopa, Naropa couldn’t recognize him. He was soon given twelve hard tasks and twelve lighter tasks to accomplish to attain enlightenment. Naropa survived the ordeal through his perseverance and was able to master all the teachings of his guru. Later on, he would in his turn transmit all these teachings to his disciples. Among them was a student called Marpa who brought all those lessons to Tibet.

Marpa as a disciple of Guru Naropa accomplished all the tenets of Buddhism, which enabled him to attain moksha, various forms of emancipation, enlightenment, liberation, and release. After the completion of his education, Marpa’s master sent him as a regent of Buddhism to Tibet to bring peace to the people there. The Tibetans now consider Naropa as one of the highest Buddhist Mahasiddhas. He is also revered as a central figure of the Kagyu school of Tibetan Buddhism . Legend also says that the famous Buddhist Yogini Niguma was Naropa’s sister, but no evidence survives to prove this. 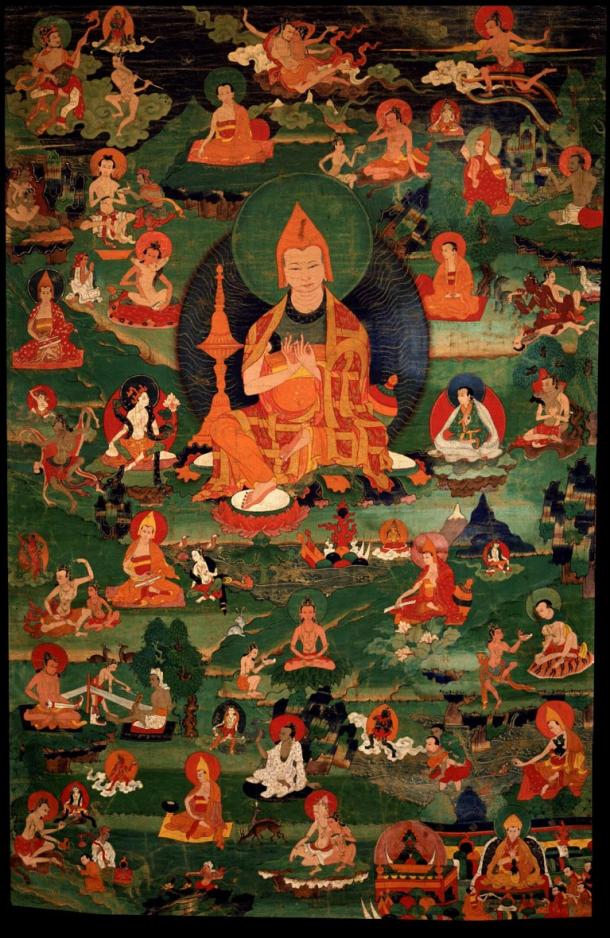 Atisha with Twenty-eight of the Eighty-four Mahasiddhas. ( Public domain )

Greatest Ancient Indian Bengali of Them All: Atisha

According to a modern BBC poll, the greatest ancient Indian Bengali of them all was undoubtedly Atisha or Atisa, a contemporary of Naropa. Atiśa Dīpankara Śrījñānais is respected as one of the greatest masters of early Buddhism. He was instrumental in spreading the message of peace and non-violence to Tibet, Sumatra and various other places of India and Asia.

Atisha was believed to have been born in a place called Vikrampur in present-day Bangladesh. The names of his parents were Kalyanshri and Prabhabati and they were most likely of royal lineage. Atisha’s real name was Chandragarbha. A brilliant being from childhood, Atisha mastered the disciplines of astronomy, logic, grammar, literature, meditational sciences, art, and music when he was still a young man. He also mastered the teachings of Vaishnavism, Tantric Hinduism, and Shaivism.

Atisha supposedly studied under numerous teachers. However, he was soon ordained as a monk and given a classical Buddhist education by other unknown teachers. After that, he felt an irresistible interest to study Buddhism further. His dedication saw him becoming one of the greatest figures of this faith. He successfully defeated scholars of other religions in debates. He was also given the responsibility to oversee several monasteries.

In the early years of the 11 th century, Atisha travelled to Sumatra and stayed there for 12 years. There he practiced and studied with other masters. When he came back to India, he was put in charge of Vikramshila University . After some time there, a messenger from the King of Tibet came down to the university and pleaded with Atisha to go with him to Tibet and enlighten the people there.

Atisha travelled to Tibet where he attracted many followers and disciples. He was elevated to the position of Second Buddha in the monasteries of Tibet and his influence and reputation continues to this day. Atisha lived in Tibet for several years and is believed to have died there. He was buried at some place near the capital of Lhasa. He is deeply revered in Tibet and his writings have inspired generations.

Ancient Bengali Buddhists Were the Fathers of Tibetan Buddhism

Tilopa, Naropa and Atisha were instrumental in the creation of Tibetan Buddhism and Tibetan civilization. All three figures emerged at a time when the Pala Empire (750-1124 AD), a dynasty of deeply religious Buddhist followers, governed Bengal. The Buddhist patronage of the Palas resulted in the widespread international transmission of Buddhism and its teachings of peace, compassion, non-violence and humanism.

Tibet very much benefited from the Pala Buddhist revolution. Tilopa, Naropa and Atisha will always live on in the hearts of all Tibetans. The Tibetans are known to many people around the world for their message of peace and universal goodwill. People who believe in peace and non-violence still consider Tibet as the place where this wisdom began, and the ancient Bengali Buddhists made this possible.