How designers and buyers can save craft

The used-to-do phenomenon is prevalent across the country with craftspeople, says Harpreet Padam, an accessory designer from NIFT. He talks of artisans who are now vegetable sellers who will show you catalogues of their work because their skills have not survived the onslaught of first, the mass market, and now the lockdown.

Before the pandemic hit, Padam had collaborated with two communities in the country, to turn traditional craftsmanship into contemporary objects of design. The first was a project with Commitment to Kashmir (CtoK), where he worked with sakhta saaz or paper mache artisans; the next was with the Udayagiri wood artisan community from Andhra Pradesh.

“In the first few months there weren’t really any panic calls,” he says. Now, with savings dried up, “they’re worried that they’ll have to let go of the profession.” Here, the two projects he helped with.

The Petal Tea Scoop became a finalist at the Lexus Design Awards India 2020, under the craft category. “The artisans don’t know what to make in order to sell in the big markets,” says Padam. “This is where the designer comes in, bringing the urban language to them.”

The project USTTAD (Upgrading the Skills and Training in Traditional Arts Crafts for Development) under the Ministry of Minority Affairs and NIFT, resulted in 25 promising design prototypes, made in the span of 17 days. The tea scoop was “a nice deviation from the original products.” While these had just begun to be available before the lockdown, with things opening up, Padam is hopeful he can soon work on a contemporary revival of the community’s wooden toys, through ‘anonimals’, anonymous, imaginary animal figures.

In making sakhta saazi products, there are two important people involved: the sakhta, artisan responsible for making the raw structure, and the naqash or painter responsible for painting and finishing the product. The project’s focus was to “explore products that would be finished by the sakhta, to create a feeling of ownership in the sakhta artisan, who are only raw material suppliers at present.” 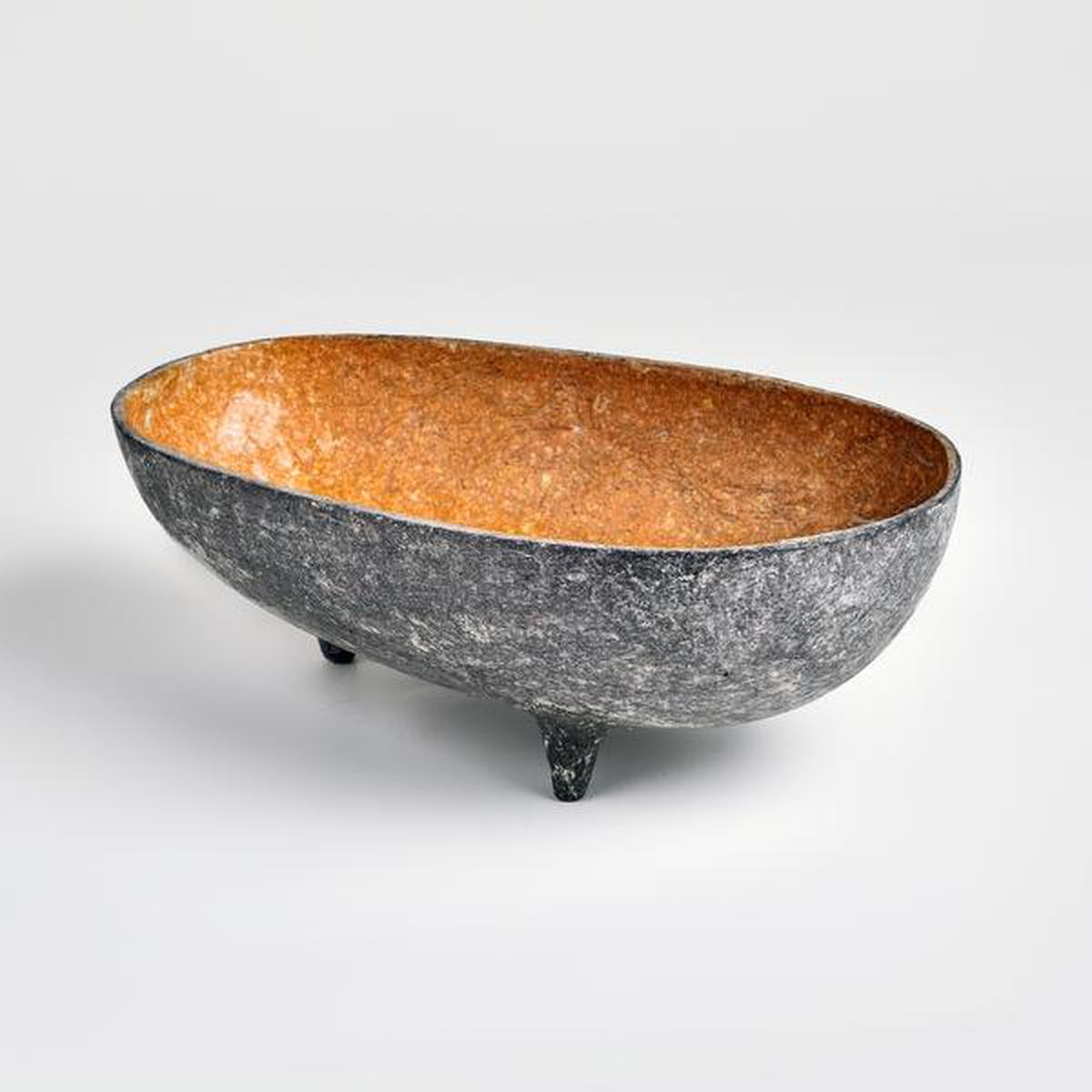 The contemporary form and modern aesthetics of the sakhta saazi boxes and bowls Harpreet designed with the artisans from the Kashmir valley won the EDIDA India Design award in 2019, in the kitchen category. The international leg, which takes place with the London Design Week, happened digitally this year, and these were entries. “I think of awards as a nice way for things to be noticed,” says Padam, who runs his own venture, Unlike Design Co. with his wife Lavanya, an alumnus of NID.

The raw aesthetics of the product was something that artisan Nazir Ahmad Najar was initially sceptical about, but after a customer appreciated the finish of the products, he realised that there was beauty even in crudeness. “The aim was not to disrupt the traditional process, but to bring some dignity into the work of the supplier of raw material,” says Padam.

You have reached your limit for free articles this month.

Find mobile-friendly version of articles from the day’s newspaper in one easy-to-read list.

Move smoothly between articles as our pages load instantly.

Enjoy reading as many articles as you wish without any limitations.

A one-stop-shop for seeing the latest updates, and managing your preferences.

A select list of articles that match your interests and tastes.

We brief you on the latest and most important developments, three times a day.

*Our Digital Subscription plans do not currently include the e-paper ,crossword, iPhone, iPad mobile applications and print. Our plans enhance your reading experience.