Two Australian lawyers acting on behalf of hundreds of Rohingya refugees are pushing to have the International Criminal Court (ICC) sit in Asia for the first time.

The ICC is investigating allegations of genocide and crimes against humanity allegedly committed by Myanmar government and military officials in 2017.

Hundreds of thousands of Rohingya – a stateless, mostly Muslim minority group – fled to neighbouring Bangladesh during the unrest.

Myanmar’s government, led by Nobel Peace Prize winner Aung San Suu Kyi, has faced accusations of failing to stop a systematic campaign of violence by security forces to wipe out the Rohingya minority, which Myanmar denies.

Lawyers acting on behalf of Rohingya refugees have now lodged a pre-trial motion asking the court to investigate the possibility of holding a trial outside of Europe. 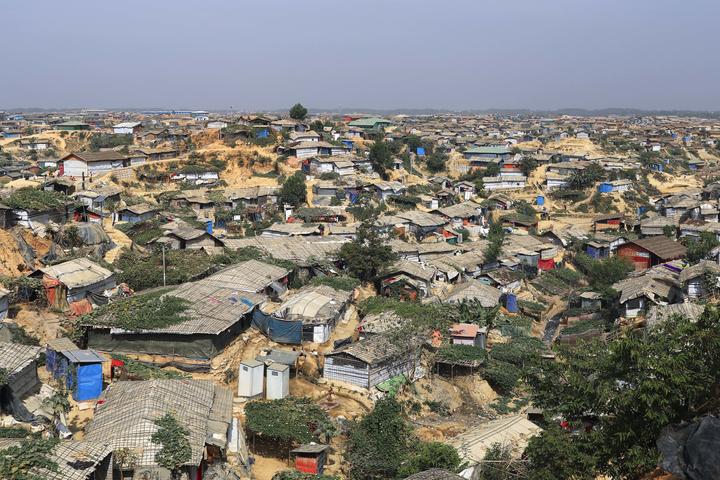 The Balukhali camp in Cox’s Bazar Bangladesh, hundreds of thousands of Rohingya have fled to neighbouring Bangladesh.
Photo: AFP

What are they asking for?

Counsel at the ICC Kate Gibson is representing groups of Rohingya living in the Cox’s Bazar refugee camp in Bangladesh.

Gibson said they were hoping the court would hold some or part of the hearings in Asia, possibly in Bangkok in Thailand, or even Bangladesh.

“We’re just asking the court to be aware of this massive gap that is existing between the Rohingya population in the camp who are cut off in every sense that you could imagine from The Hague to be aware that they feel like this,” she said.

“We think one of the most effective ways of doing that would be to look into whether the ICC can move its seat to somewhere closer to the victim communities.”

What are the issues with the ICC’s current location?

“If justice is going to be closer to them, the ICC is going to have to move to them, not them to the ICC,” Dr Grey said.

Emma Palmer, a lecturer at Griffith University Law School in Brisbane, Australia, said The Hague’s distance from victims had an effect on the way it ran its trials.

“[Prosecutors] need to rely much more on intermediaries, on civil society groups to help them in the actual jurisdiction that they’re trying to investigate,” Dr Palmer said.

What do claimants say?

Muhammed Nowkhim is one of the Rohingya refugees hoping to testify before the court.

He left his village – along with 20,000 other people – after he woke to the sound to gunfire and rockets in August 2017.

Nowkhim said his family members were shot at, and his home was burned to the ground during the violence.

The 24-year-old said having the court sit in Asia, rather than The Hague, would be meaningful to other people who wanted to testify.

“If the court is set up in Asia then every victim who [suffered], they can openly say their opinion in front of the judges,” Nowkhim said.

Gibson said there were logistical benefits to the move.

“The court will be closer to the evidence, the sites, the witnesses themselves, and you won’t have to put this burden on the victim communities to travel to this foreign location,” she said.

While the ICC has never sat outside of its headquarters in The Hague since it began in 2002, Dr Grey said she thought the move was “realistic”.

Victims in countries such as Kenya and the Democratic Republic of Congo have made similar requests in the past, but they had been rejected on security, financial and technical grounds.

“The ICC has to have its proceedings somewhere safe for the judges, for the lawyers, safe for the victims or witnesses,” Dr Grey said.

“[But] there are plenty of locations in Asia that are quite stable.

“And it’s not that it’s a hugely unrealistic request because they are asking for just some of the proceedings to be closer to Asia.”

What other courts could inform the ICC’s move?

Legal experts pointed to the UN-backed Extraordinary Chambers in the Courts of Cambodia as a possible model.

The tribunal investigated war crimes committed by the Khmer Rouge in the 1970s, and was established in the capital Phnom Penh in 2006.

“The public gallery was full of Cambodian people, full of local people who have bused in from the provinces, people from Phnom Penh, people in school uniform or university students, local journalists,” Dr Grey said.

“It was full of monks witnessing the proceedings, completely different environment than the International Criminal Court, where you very rarely see anyone from the affected country.”

Dr Palmer said the ICC has had little engagement with South East Asia in the past.

“Even opening the discussion [of having the court in Asia] could be important if it opens some doors to the court to actually learn a bit more about the region,” Dr Palmer said.