The Sad Story Of A Hindu Temple In Islamabad

As per the statistics of the Pakistan Hindu Council, the estimated population of Hindus in the Islamic Republic of Pakistan numbers around 8 million as of October 2019, making the Hindu community the largest non-Muslim religious minority of the country.

In 2018, when Imran Khan was sworn in as the 22nd Prime Minister of Pakistan, he vowed in the election manifesto that his party will protect the civil, social and religious rights of minorities; their places of worship, property and institutions as laid down in the Constitution.

But the recent halt in construction, followed by the insensitive vandalization of the foundation of a Hindu temple in the country’s capital, Islamabad shows that the promises of the ruling government are yet to be fulfilled.

The plan to build a Hindu temple in Islamabad gained approval in 2017 under former Prime Minister Nawaz Sharif although its construction was facing an unremitting delay till 2020.

In June, Pakistan Prime Minister Imran Khan sanctioned an expenditure of $1.3 million for the temple complex that was supposed to include a crematorium, accommodation for visitors, a community hall, and a large area for parking.

Finally, on June 23, 2020, on a ceremonial occasion, the first foundation stones of the Shri Krishna Mandir, or Krishna temple, were laid. The development was heartily welcomed by Pakistan’s rights activists and Hindus.

However, this decision did not go down well with many Islamic extremists of Pakistan, including some of the politicians and national media outlets who openly initiated campaigns against the temple project. 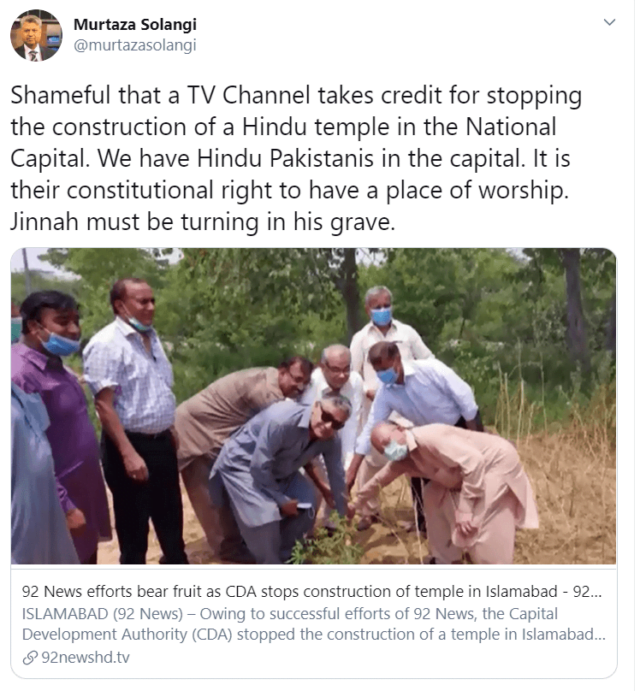 The government faced severe criticism for having decided on constructing a temple using government funds, claiming it to be ‘against the spirit of Islam’.

The Jamia Ashrafia, an Islamic institution based in Lahore, Pakistan has also issued Fatwa, a legal opinion or decree handed down by an Islamic religious leader, against the temple construction stating that building new places of worship for minorities in un-Islamic.

Consequently, on July 3, 2020, the Imran Khan government had to retrace its steps and stop the construction on uncertain grounds.

But as if this was not enough, on July 5, an angry mob vandalized the temple boundary wall and shamelessly shot their act of bigotry and posted the video on social media.

The Weak-Kneed Government Of Pakistan

Demonstrating its infirmness, the government of Pakistan gave in to the radical protests of some maniacs who spread hatred in the name of religion.

The stirring issue of the temple has now been handed over to the Council of Islamic Ideology, Pakistan’s top Islamic guidance body, and the final call is expected to be taken in September.

Though the entire process is transparent to all, the Religious Affairs Minister of Pakistan Pir Noorul Haq Qadri has cited the pending approval of the blueprints of temple structure by the Capital Development Authority of Islamabad as a reason for this act of suppression of the minorities.

The human rights organisation, Amnesty International, has defined Pakistan government’s decision to halt the construction as “an unconscionable act of bigotry that must be reversed immediately.”

“Everyone has a right to freedom of religion or belief, a right that is guaranteed in Pakistan’s constitution and its international obligations,” quoted the organization.

After the rejection of petitions against the temple by the Islamabad High Court, to defy the ideology of such zealots in their own ways, the common people have also extended their support in the favour of construction of the temple. 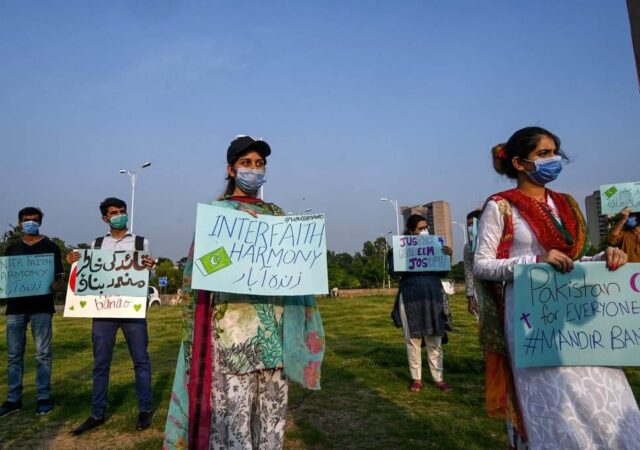 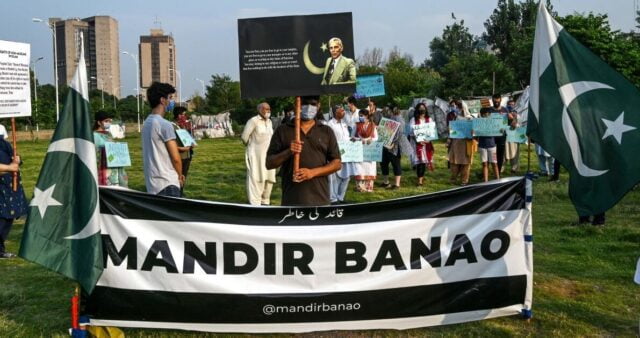 The final decision of the Pakistan government on the Hindu temple issue will decide the fate of minorities’ rights in the country.