A still from the film ‘Dostojee’

The Bengali landscape is resplendent in the trailer of Prasun Chatterjee’s debut feature Dostojee (Two Friends), and its cinematography “sumptuous”, as the American magazine Variety noted. Vast, rainwashed stretches of paddy fields along river Padma and the glint in the eyes of the two young protagonists, reminiscent of another Bengali village boy, Apu, from Satyajit Ray’s Pather Panchali (1955). First-time cinematographer Tuhin Biswas, a still photographer and primary-school teacher in West Bengal’s Nadia district, was unsure about the video format, until Chatterjee told him, “This is photography too, just think of these as 24 stills per second.”

The location is the remote, no-man’s-land near Domkal (in Murshidabad) — the last subdivision on the Indian side. The Padma river separates it from Bangladesh’s Rajshahi. The backdrop is an early-’90s Bengal, touched by the communal violence that followed the Babri Masjid demolition and the ’92 Bombay blasts, but Dostojee speaks of the friendship between two boys from different faiths, living in a border village. In one scene, as their torn kite flies into Bangladesh, and as Palash says he will move with his fearful mother to the Hindu-majority Nadia when he grows up, one wonders if, when the time comes, Safikul will recall his words to his dostojee (best friend): “bhoy ki, aami toh aachhi (have no fears, I’m here with you)”. “I wanted to show anger and love through the eyes of children. What they witness is my subject of inquiry, too,” says Chatterjee, 34, who grew up in Kolkata’s Dum Dum and dropped out of Physics (Hons) at Calcutta University to make films.

For over two years, he stayed with and trained 150 locals as his cast and crew. One afternoon, when he was packing to return to Kolkata, an angry nine-year-old came banging on his door. The boy, Arif Sheikh, whose friend Asik Sheikh was cast as Palash, said, “Ekhane cinema’r jonno baccha leya hoye? Boite lyen amake, Deb er moto koyee debo (Are children being cast in films? Take me, I’ll act like the Bengali hero Deb),” guffaws Chatterjee who, bowled over by his confidence, cast Arif as the other lead, Safikul. Another time, the crew landed up to find one of them with a Neymar hairdo (the 2018 FIFA football world cup was on) and had to wait for “his hair to grow back” to start the shoot. For Chatterjee, who traces his roots to Bangladesh, the pull of these border people has always been great – more than even cinema which he calls “tucchho (trivial)” in front of their lives. “Your work should make the provincial man – the labourer, the farmer –win at the end, or even if he dies, show that there is a flicker of hope for their lot,” says the filmmaker, who is inspired by Ritwik Ghatak’s ideology and Ray’s craft.

From paper to screen, it’s been a seven-year journey since 2013. The film’s working title Dharmik, used while crowdfunding,was changed for a film by that name already existed.Co-producers Prosenjit Ranjan Nath and Soumya Mukhopadhyay came on board in 2017, and Taiwan’s Ivy Yu-Hua Shen after NFDC Film Bazaar selected Dostojee in November in its Recommends section. NFDC sent it, among five films, to ‘Goes to Cannes’: 20 work-in-progress (WIP) films from across the world, whose pitches were made to global buyers and distributors at the Marché du Film from June 22-26 – the only segment of the Cannes Film Festival that took place online this year.

There, Asia’s leading film project market Hong Kong – Asia Film Financing Forum (HAF) picked up the Bengali feature Dostojee (feature) and two Indian documentaries, including Samarth Mahajan’s The Borderlands – the only three from South Asia – among its 22 shortlisted projects for its WIP programme in August. HAF presented The Borderlands – the only Indian documentary in ‘Goes to Cannes’ official selection – at Marché du Film.

The sense of invisibility runs deep in villages and towns along the borders. Mahajan, 29, recounts how, when in 2015 his town Dinanagar, 10 miles from the India-Pakistan border in Punjab, faced a terrorist attack, his mother sounded excited over the phone — Dinanagar had made national news and relatives had woken up to her existence. 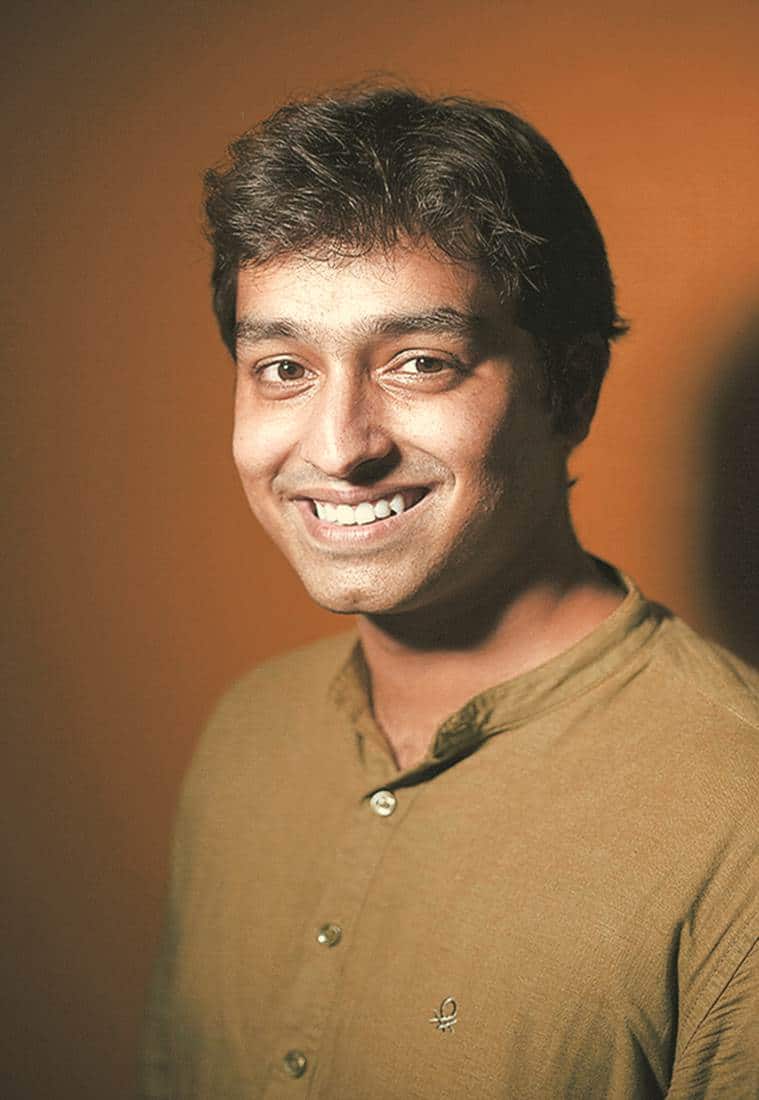 “Most of the stories that we hear about border areas create a specific image of army men and terrorists but no common people. I come from a border area and have lived through experiences which don’t fit these general perceptions of borders,” says Mahajan, who while growing up would often see people visiting Dera Baba Nanak, near his town, to see – through binoculars – Pakistan’s Gurdwara Kartarpur Sahib.

The graduate from Indian Institute of Technology, Kharagpur, gave up his cushy FMCG job in Kolkata to make documentaries. He moved to Mumbai in 2015, where he met his IIT-K batchmate Ashay Gangwar and began collaborating. Gangwar was the cinematographer for Mahajan’s first documentary on fireflies of Maharashtra’s Purushwadi, Kazwa — A Million Lanterns (2016), his company Camera and Shorts produced Mahajan’s The Unreserved (2017), on the India seen on the General coaches of trains, which won the National Award for ‘Best On Location Sound Recordist’, and, with the media company All Things Small, co-produced the crowdfunded Borderlands. A still from the documentary, ‘The Borderlands’

For his latest, Mahajan, along with cinematographer Omkar Divekar and associate director Nupur Agrawal, took a four-part journey to different borders: Pakistan, Bangladesh, China-Myanmar, Nepal and Bhutan. He learnt that borders have their own ecosystem. How civilians cooperate with the Nepalese army to nab human traffickers. What happens when a tiger, from Arunachal Pradesh’s Dibang Valley wildlife sanctuary, crosses over into China? “The mountainous China-India border, the LAC, doesn’t have border pillars. A shaman told us that if a tiger gets killed (by neighbouring tribes or Tibetans living across the border), his tribe observes penitence for five days: no alcohol, no sex, etc. They mourn the environment,” says Mahajan. How a Pakistani Hindu refugee in Rajasthan “studying to be a doctor, has to unlearn the Arab script and learn Devanagari. Her dream got complicated because of crossing the border.”

His film will explore these, along with heartwarming tales of common people along the borders. How the Bengalis on either side dry their clothes on the fence, and exchange gifts on Bengali New Year. “There are two Indias. One is upper-class privileged and the other we have stopped engaging with. At this point in India’s history, we need to hear stories of people from the grassroots. To explore life beyond the domain of violence and politics. For military valour stories, there are already films like Border (1997), LOC: Kargil (2003), Lakshya (2004),” he says.

📣 The Indian Express is now on Telegram. Click here to join our channel (@indianexpress) and stay updated with the latest headlines

For all the latest Eye News, download Indian Express App.