In a bipartisan letter, senators in the US wrote to US Secretary of State Mike Pompeo asking him to provide emergency refugee protection to the Sikh and Hindu communities facing persecution at the hands of ISIS-K (Khorasan) in Afghanistan. The letter stated that the ISIS-K specifically targetted minorities in Afghanistan posing a threat to their existence. The initiative was taken by senior US senator Robert Menendez at the behest of Sikh diaspora living in the USA.

“The Sikh and Hindu communities once numbered around 250,000 people now have fewer than 1000 individuals due to decades of persecution,” read the letter by the senators.

The letter added that a recent example of an attack against the minority community was when the ISIS-K blew up the Sikh Gurudwara in Kabul, killing 25, and further planned an explosion during their funeral service.

The senators added that the population of fewer than 1000 people represented a ‘dire’ circumstance’ that needed emergency address. “We urge the State Department to provide emergency refugee protection to Afghanistan’s Sikhs and Hindus by referring them to the FY20 US Refugee Admission Program, through Priority (P1) embassy referrals,” it said.

“United States has provided $20.6 million in total assistance to Afghanistan to address COVID-19. We urge the State Department and the USAID to ensure that religious minorities in Afghanistan benefit from this existence as well,” read the letter.

It added that there was a need to engage with the International Religious Freedom Alliance as well to protect the vulnerable groups in Afghanistan.

Read: US Has Hit Agreed Troop-cut Target Of 8,600 In Afghanistan 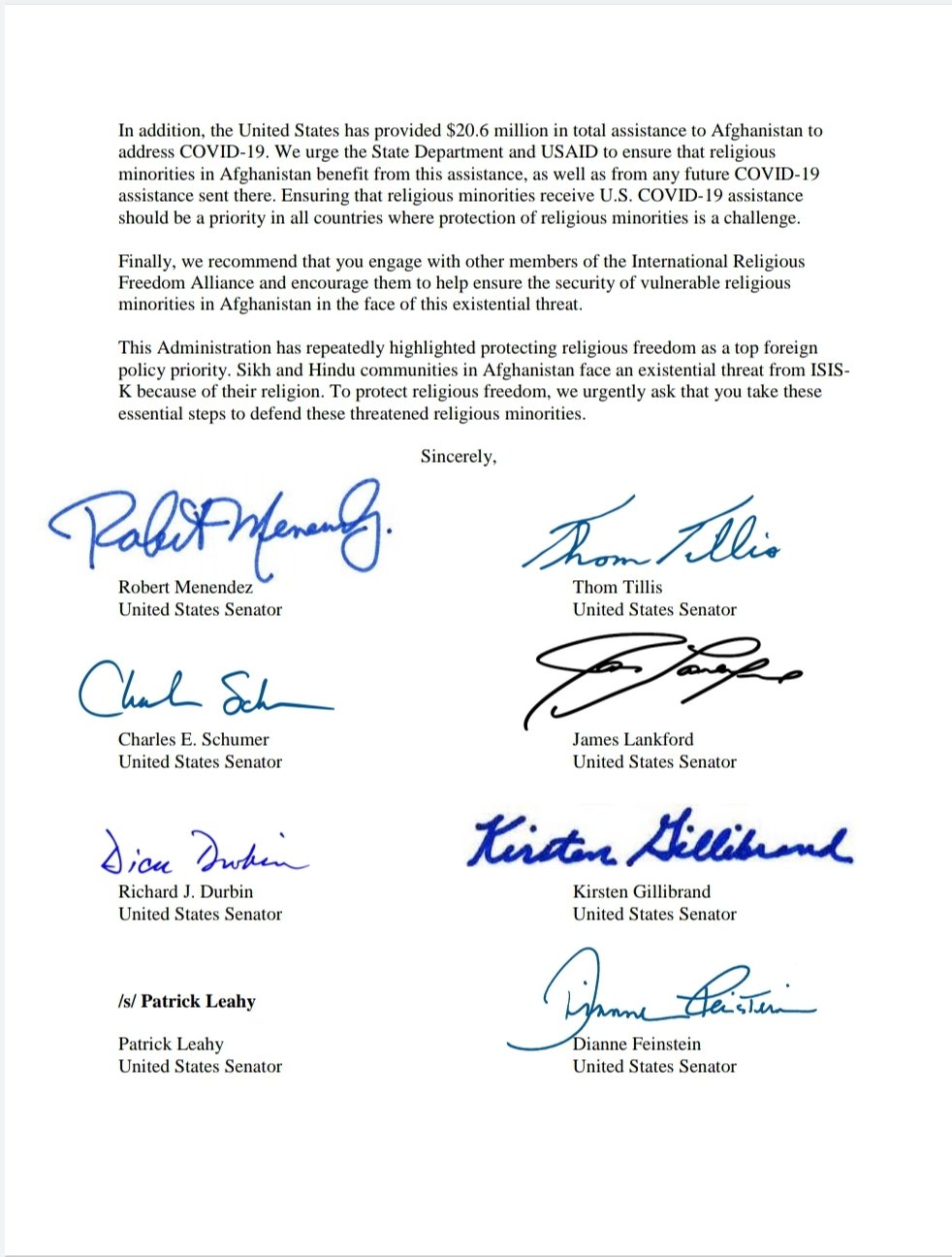